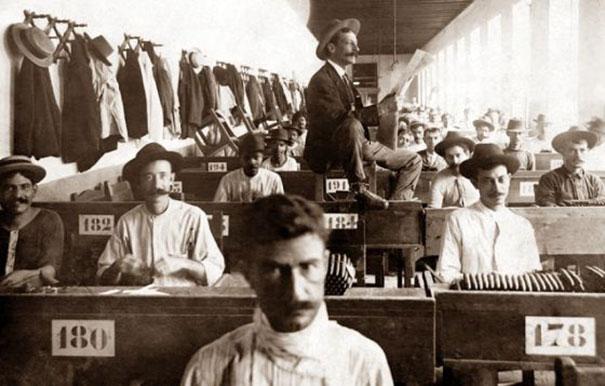 James fondly remembered with a plaintive sigh his first job at the lanes, when he was but a lad of twelve. The best days were the weekdays, when the amateur bowlers would come out to perfect their game or else wallow in their mediocre command of it. These were the days when he had little to no pins to stack upright again, when he could smoke cigarettes with the other boys, trade baseball cards and comic books, and gossip and pine over the the pretty girls they saw walking to the schools their parents couldn’t afford to enroll them in (not that they were complaining). He recollected with a sorry laugh how he dreaded the weekends as a boy, the round-robin tournaments, when the bowlers of skill would knock down pin after pin, the silliness of their victory dances in direct proportion to the number of pins toppled in one throw, when his ten-cents-a-day wages were squeezed out of a grueling workday of constant Sisyphean drudgery. If only I knew then how good I had it, he thought as took a puff of his asthma inhaler and punched his ticket yet again for another day at the asbestos blanket factory.

The frumpy old lady really had it down back then, thought Joe amid the din of his screeching radio alarm clock. All the high-powered captains of industry who lived in the tall apartment buildings on her street roused themselves awake to face the workday after a mere two taps of a window from her formidable rousing-pole. But all Joe received by way of gratuities from his customers, who all lived no more than a street away from that frumpy woman, were grumbles, complaints and curses, all gratuitous themselves. Leave me alone, just another minute, get lost, kid, beat it, scram, go bother the guy next door. Among this symphony of shouts and oaths Joe occasionally had time to wax philosophical: A waker woke him around six in the morning, but who woke the waker? And that waker, who woke him? How long did the rousing-pole of this primum movens reach, to the windows of which story, to which great heights, and what were the cadences of knocks to which one could be awoken by this great rooster, this midwife of the day?

No amount of liquors, no self-flagellation thinkable by man could erase Douglas’s memory of the day he was fired. A professional listener like no other, who for eight years prior had never once missed an enemy aircraft, he must have by providence missed the news of that first daring pilot who had finally broken the sound barrier. I hear one coming in North-Northeast, he declared on a day like any other, estimated time of arrival ten minutes. Startled by the sudden sound of jeers, he turned around, and was greeted by the mocking laughs and hostile faces of his coworkers, and the village under his stewardship, in flames from the fierce bombardment of the enemy plane that had arrived ten minutes ago. As his employers handed him his notice of termination, he overheard another coworker snicker to a friend that his huge earpieces made him look like a certain steamboat-operating cartoon character. That made his shame sting all the worse, because the guys also knew he was a terrible whistler.

Not again, the constable grumbled to himself. There he saw Gerald, ragged and filthy, his torso sticking out of his usual manhole, flashing what little teeth he had left with a big grin of pride as he brandished his small rifle in one hand and his catch of the day in the other. Get out of here, the constable yelled at Gerald, you’re scaring the pedestrians. You all curse and spit at me now, replied Gerald, but just you wait and see. One day all the people like me will be gone, we on the front lines, we in the sewers, people stricken with cholera and rabies, and it will not be us that scares the pedestrians, but the rats! One day you will wake from your beds to screeches and scurrying, and scratch at your bites and sores, and ask yourself where is Gerald, oh woe and alas, if only we hadn’t driven him out of town! As they watched the poor man retreat back into his manhole, the people asked the constable, had he not noticed the copious traps and depots of rat poison in the depths below? Sometimes there’s just no convincing some people, the constable replied with a sigh.

Now a regular at the local licensed premises, William, that notorious lothario from years ago, regaled the bartender with yet another sordid recollection of his extra-marital escapades. Back then it was the men who went to work and the women who stayed home, he told those gathered around him. And all the wives were the same in one extra-special way: they each and every one of them all needed milk. Milk to cream their coffee, milk to feed the baby, milk to bake their cakes. No one was safe from me, even the mayor’s wife enjoyed a bowl of corn flakes every now and then. Now I can hardly even approach a beautiful woman without a slap to the face. It wasn’t so long ago I didn’t need anything more than “here’s your milk, ma’am,” but now… if only I learned how to break the ice.

Break the ice? Break the ice?! An older man interrupted his tale and slid his stool over to his side. Let me tell you what good breaking the ice will do you, friend. My crew and I worked the great lakes for  fourteen winters. The folks back at home looked to us, it was we ice cutters that made sure their iced creams and lemonades were kept cool come summer. My Uncle Frank gave his life so that I could escape from the great meltdown of ’46 no worse than this (and then showed William his left hand, missing three fingers and a thumb). I like to think the deaths of all my friends were not in vain when I see flanks of beef kept from spoiling in great walk-in freezers, hanging aside even greater flanks of ice, the proud fruit of my fallen comrades’ labors. But now…

But now, William rejoined in utter hopeless dejection, as they both finished their whiskeys on the rocks. A few more such drinks later and William remembered nothing more of that evening . The next morning, the proprietors of the appliance store across the street opened shop to find all the refrigeration units toppled over and broken beyond repair.

Buster climbed the ladder to illuminate the first street of the day, the news that his neighbor Michael’s log-driving firm had declared bankruptcy still fresh in his mind. The entire operation had suddenly become obsolete with the advent of affordable trucking services. The demise of Michael’s livelihood, of Michael’s inability to catch up with a time hopelessly outpacing him, got Buster to thinking. He could not help but think back to the days when they were classmates in their old Catholic private school, when the rector read to them that parable of the foolish man lighting his way forward with a flashlight, oblivious to the sun rising behind him, completely unaware of God starting the day with His holy light. He wondered if maybe, sometime down the road, if anyone out there would ever invent a better way to do what he was doing now. He then laughed at such a ridiculous thought, descended from the ladder and made his way toward the next lamp.

Elsa watched her young son enjoy a game of connect the dots via an app on his smartphone, and wept.

I am the resurrection and the life, the prison chaplain read aloud to Charles, who responded with a derisive laugh. When the chaplain asked Charles what was so funny about that, the man replied, a resurrectionist, huh? The guys and I in my crew were the best of the best. We were shilling stiffs all the way up to the Ivy Leagues, and we ain’t never seen or heard ‘a this Jesus guy anywhere. Must’ve been community college material, real chump change this Christ guy. The chaplain was greatly confused by this, and continued reading.

After everyone had said their piece, the leader of them all rose to his feet, a failure just like them, but his undeniable charisma despite that fact giving them all hope. It is true what you all have heard, I used to be useful, and now I’m not, just like you. I used to be a factory lector, reading populist, left-leaning tracts and labor-union propaganda to the workers. With the advents of modern technology I soon found my skills were no longer needed. But I did not lay down and die with the times. I got to my feet and adapted, and now, I am a successful social media expert. I know what people want and I know how to get it to them. I will tell your story to the world and I will target it to all the right demographics. I will tailor your tales of woe for optimal search engine accessibility. I will encourage the masses to like you, to share you, and to subscribe to you all. I will generate you into content, I will make each and every man woman and child consume you and link to you. Our victory will be heralded by a universal cry of “WTF?!”

Wait a minute, Buster said. This WTF, what is that?

It is an acronym, replied the lector. It stands for “what the frick?”

1. Kids who actually set the pins back up in bowling alleys? Um, WTF? 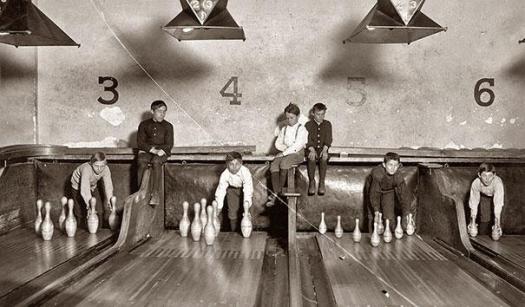 2. Human alarm clocks, or people who actually woke people up by knocking on their windows. Also known as “knocker-uppers.” KNOCKER UPPERS. LOL! 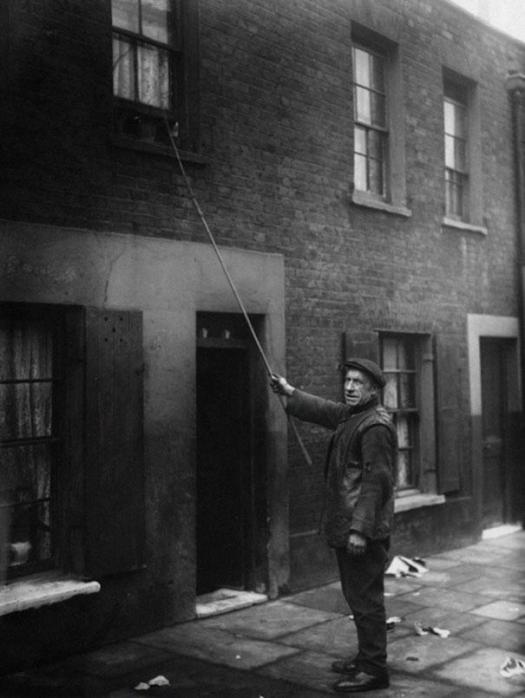 3. Ice-cutters, people who actually cut huge chunks of ice out of frozen lakes. Refrigerator much, guys? 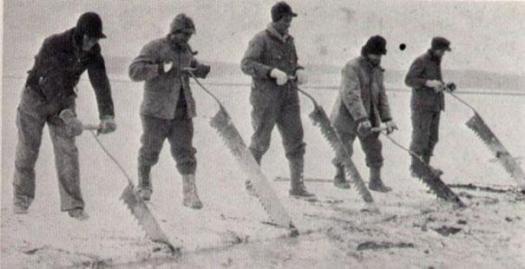 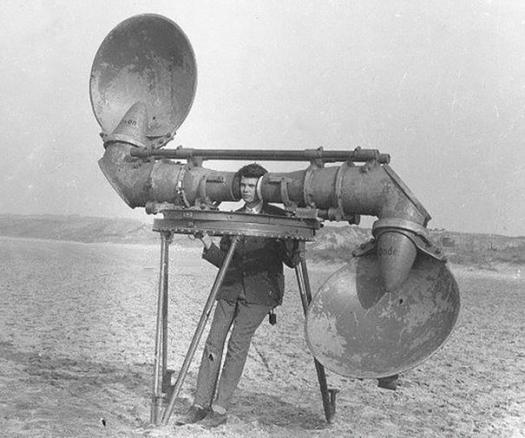 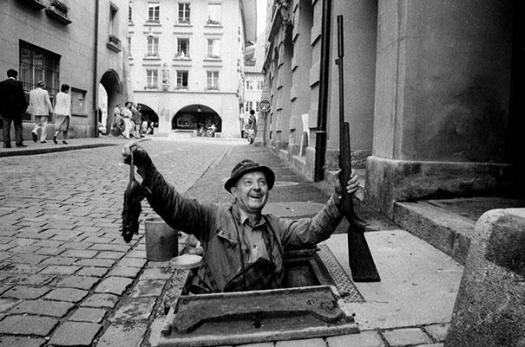 6. Look at me lighting lamps manually. No one’s ever going to invent the light bulb. EPIC FAIL. 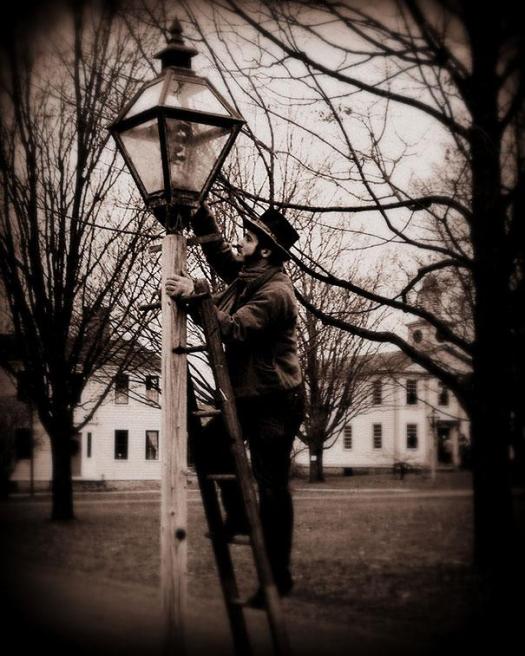 7. Milkmen, or actual knocker-uppers. Between these guys and the ice-cutters it seems like people don’t know refrigeration is a thing now. 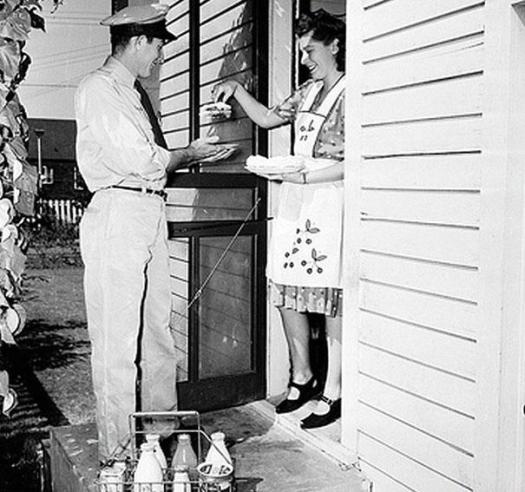 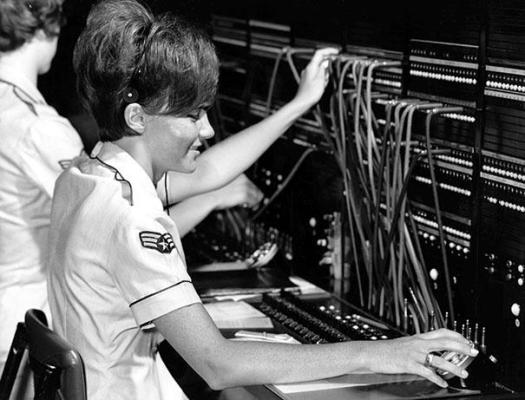 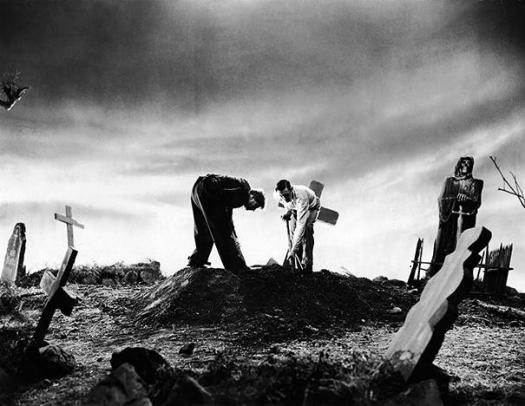 11. Factory lectors. Because why go on the internet for content when you can have a guy read Das Kapital to you while you work. OMG FAAAAAIL. 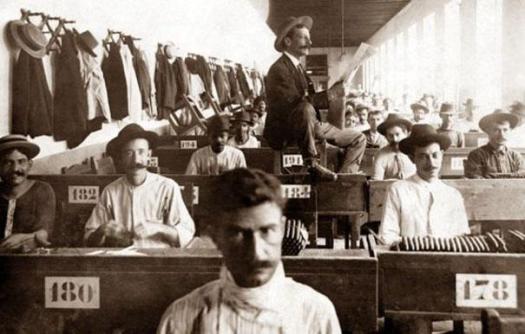 James looked at the lector’s content and had to admit, it was amazeballs, quite amazeballs.

Joe agreed. He even conceded it was not a small amount of awesomesauce as well.

This! This, this!!!, Gerald repeated through the whistles of his three remaining teeth. THIS!!!!

William and his friend said nothing, as they both krumped into oncoming traffic.

The feels that Buster and Michael were feeling, you guys. The epic feels.

The lector leaned back in his chair, dusted off his hands and lit himself a cigar, his work done. He sure did love it when a plan goes viral.

…but now, this is the truth 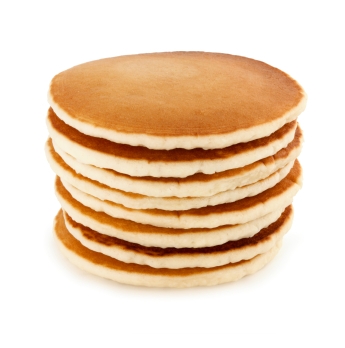 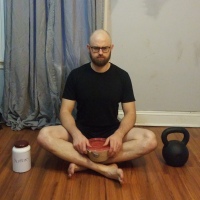